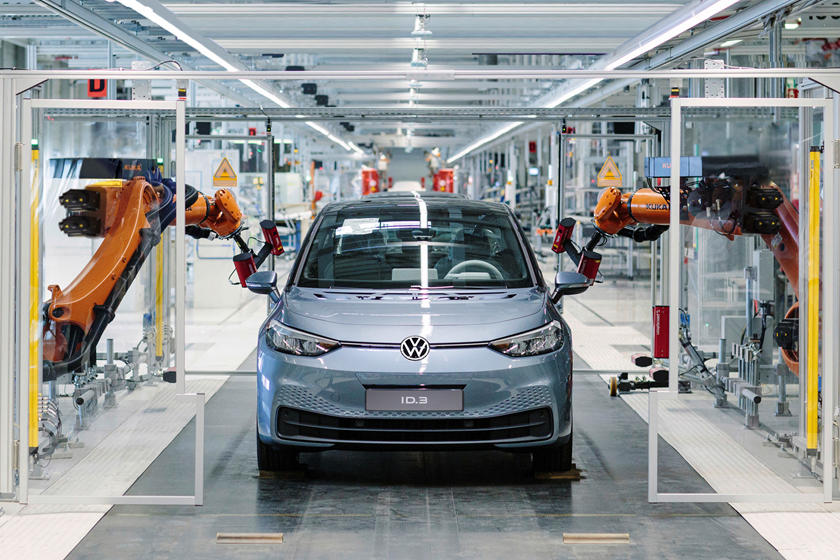 Volkswagen is making the most of virtual reality technology to take its productions to a new level. Currently, it has begun working on its latest electric model car, the ID.3. While the new development will not be a coming stateside, the Volkswagen ID.4 crossover that is based on the predecessor ID.3 MEB platform is most likely to be revealed at the end of this year. According to reliable sources, the ID.4 will arrive featuring a sporting model, 228lb-ft batteries, rear mounted electric motor producing 201 horsepower and many other unique features.

Volkswagen alongside other European Automakers was forced to close down its factories due to the global COVID-19 pandemic. However, the factories are planning to re-open as soon as the situation is contained. This means that ID.3 will start rolling off its assembly line. While many people are still advised to follow the stay at home directives, VW is using technology to give you an up-close look on its latest ID.3 being assembled.

Even though many car manufacturers often release videos and pictures of their cars being rolled off the assembly line, VW wants to offer a unique display. This is specially designed for people who are practising social distancing. So far, VW has released six videos showing the general assembly process of its new car. The videos include floor assembly and side section welding, body painting, body measurement, interior installation and chassis assembly.

For you to enjoy an up-close look at the videos, you will need a good virtual reality headset. The headset will take you to the VW ID.3 factory where it is being assembled. The whole process is exciting, cool to see and it is a fun art project that keeps you busy during the crisis.

If you do not have a VR headset, VW offers a tutorial to help you make your own.