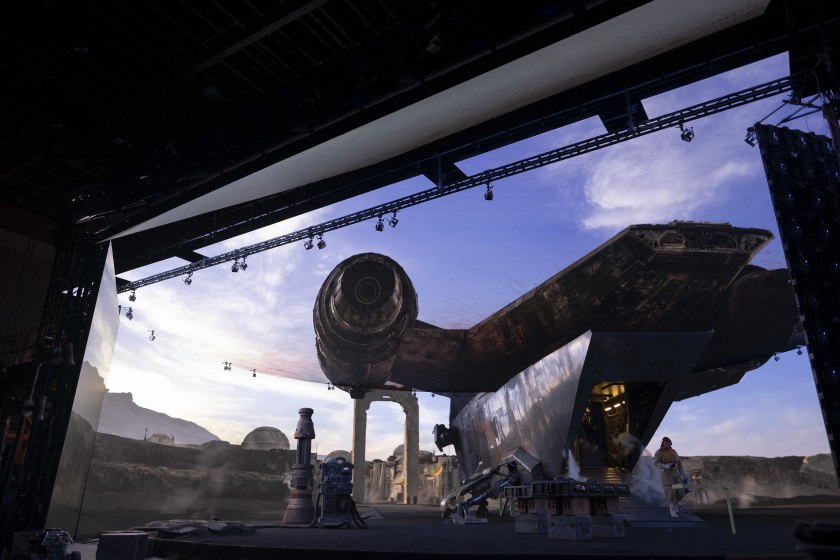 Fans of TV drama series among other Hollywood films can’t wait to reconnect with their favourite actors when good film times return. Instead of being on-site to shoot movie scenes in different locations, unprecedented circumstances caused by COVID-19 pandemic crippled most film companies. Even so, film and movie makers are working extra hard to digitally create exciting clips for their fans. Producers and filmmakers are using the latest video technology to recreate Hollywood, the historic Palace Theatre among other landmarks set in Los Angeles and Valencia.

The produces are blending latest advancements from video game world and modern software that powers hit games such as Fortnite. They are shifting from location shoots to indoor Santa Clarita Studio shoots that project real photo imagery of downtown skyline on LED video walls.

“We are preparing all the virtual assets so that on Day One, they can be as if they were shooting exterior L.A but they will be on a set with limited people in Valencia,” said Sam Nicholson, chief executive of Pasadena based Stargate Studios, which has partnered with the creators to develop virtual sets.

As the COVID-19 crisis continues to hit different parts of the globe, the pressure is also mounting on Hollywood to resume its production, and recall thousands of crew and cast that have been out of work for months. Many filmmakers are already turning to top virtual producers including Nicholson to reboot TV shows among other features that were halted because of the crisis.

Without a doubt, many film and health experts can predict that the COVID-19 crisis will accelerate the growth of virtual filming to mitigate risks and to cut down on location shoot costs. “It’s the tip of the iceberg,” Nicholson said. “People have to utilize these tools to get back online. Once they’ve utilized them and realized its better, faster, cheaper, you will see a lot more of virtual production coming down the pipeline.”