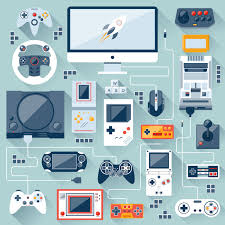 Hollywood gets a Videogame Technology Transformation

With the impact of COVID-19 on video production companies, producers are now making the most of videogame technology to keep their operations running. Recently, Hollywood has been under immense pressure to resume productions and recall thousands of its cast and crew. According to the close sources to the film and video production giant, it is time for people and producers to utilize available tools for quality, cheaper, better, faster and real-time virtual productions. All these are coming down the pipeline if people adhered to all set protocols.

According to Marco Fargnoli, the director of photography in the popular ‘‘Good Trouble,” virtual production isn’t something new and it will provide the best alternative to cast and crew to return to work amid the crisis. “Once everybody agrees on the protocols that allow us to get back to work, we just want to be able to maintain creative freedom that we had before the shutdown as much as possible”, Fargnoli said. “Not half scenes with only two people in the kitchen talking. We want to be as unhindered and unencumbered as possible and still be safe.”

As Hollywood gets a video technology makeover, many producers expect that most studios, producers and all relevant parties will comply with set protocols. This includes frequent testing, proper hygiene, and washing to help stop and prevent the spread of the virus. Virtual production is the real deal and as they say during the pandemic and is a great way to mitigate possible risks.

“Once you take the machinery of that show and bring it out to successive locations, you are exponentially increasing your risk factor,” said Fargnoli.

According to Sam Nicholson, a visual effects supervisor and cinematographer said his company is fielding a lot of calls from different streaming studios and companies who now want to revive TV shows and films as fast as possible. “We are bidding six jobs right now that are considering dropping a set and their location work, and using virtual sets,” said Nicholson via Zoom.